With almost every West End theatre on our books we wanted to dive back into history and look into the origins of London’s West End. I’m sure most of you reading this have walked through the crowded lobbies of one or two of these historic buildings, and felt the buzz of excitement and anticipation for the performance to come. Well, you’re not alone! Throughout history, the great, the good, and even the grand Royals have enjoyed spectating plays from various royal boxes within ‘theatreland’.

The 3 oldest theatres still in use within the heart of London’s West End today are:

In other words, they are or have all been called Theatre Royal at some point because they were the first theatres to re-open with a royal patent after an 18 year closure during the English Civil War; when Charles II was reinstated King in 1660 he encouraged two acting companies: King’s Company and Duke’s Company to stage 'serious' dramas at these sites - the patent theatres. This led to a new genre of theatre, in which we see many changes including the birth of the 'restoration comedy', the rise of the celebrity actor, and the first actresses to be accepted on the stage.

1674 – 2nd theatre built. Within the life of this building, the theatre was led by David Garrick (1717-1779) who pioneered a new style of acting through the portrayal of realism.

1794 – 3rd theatre built. Except for churches, it was the tallest building in London.

*This theatre boasts as having been visited by every monarch since the Restoration.

*It was here that the public first heard both the National Anthem and Rule Britannia.

*It’s known as one of the world’s most haunted theatres!

1728 – originally built at the site of an ancient convent garden and called Theatre Royal. It served as a playhouse for the first 100 years and was in constant competition with the Theatre Royal Drury Lane, often showing the same plays at the same time.

1809 – 2nd theatre built. During the life of this theatre, the leader of the Royal Opera, housed at Her Majesty’s Theatre Haymarket, moved allegiance to Covent Garden and brought the company with him

*First theatre to use limelight to light it’s actors.

*It was the location for the first public performance on a piano in England - May 1767.

*It premiered many Handel operas, some of which were written for the House and conducted by Handel himself.

1794 – the ‘dreadful accident’ when 20 people lost their lives in a crowd press while trying to glimpse His Majesty, who was present that evening at the performance.

1821 – refurbishment in connection with John Nash’s schemes for the improvement of the neighbourhood.

*It was the home to the first ever matinee performance in 1873.

*Gielgud stayed in the theatre for weeks during the Blitz - in dressing room 10.

*In 1998 Masterclass was founded – a charity that offers creative experience for young people striving to work in the performing arts. 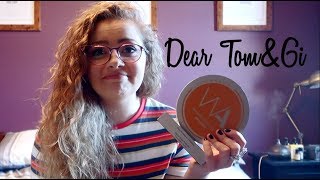 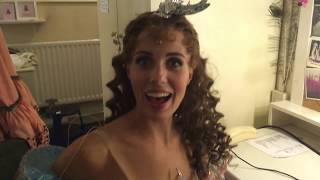 5 reasons to hang Zeat Art on your wall